Reaching out to Autumn 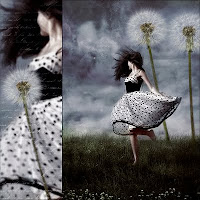 As some devoted literary circles in some parts of the world gather to celebrate the birth anniversary of John Keats, and some out to lunch crazy enthusiasts like me will mark and cherish the very day on which the poet was born, Romantic poetry written by him would remain as fresh as the cider of Autumn. I wonder how important is it to numerically cut and dry, saying, on 'this' day was born the poet of sensuously charged lines of verse but what is of more import figuratively is that Keats is remembered as a poet and as we revisit some of those oozy opalescent lines, Keats is born, revived and reborn. Imagination once again overcomes Reality in escaping, eloping to see inwardly hoe the nightingale looks like today; or how many more fruitful years the teeming wine has added to its ethereal taste since it was first inhumed under the tip of Keats's pen.
It is precisely a poet's predicament to say the preponderant with fewest words; to paint pictures on the canvas of sheer fantasy's delight. But there are few who achieve this poetic puissance in capturing the ambiguities of life. Keats's Odes is one such creation where the subtle differences between the so called binary oppositions and dualities simmer in the manifestation of the reader's inner eye. With each ode, Keats opens some aspect of our human nature and it is for a unique aspectual perception of life within Nature's bounty that the poet was inspired the most.
Plenty can be found written elsewhere about the literary greatness of the poet, but for me the Odes matter, taken as a collective unit even though there is little evidence that Keats intended them to stand together. One enchanting feature of the sequence of the odes is that you can enter from anywhere you like. Whether seen wholly or partially from a perspective, it remains rewarding to read.
'Ode To Indolence' prefaces other odes in that it leaves the speaker in the numb dreaminess of his indolence but promises a fuller and more deeply felt inspiration to come. 'Ode To Psyche' finds the speaker turning from the delights of indolence towards the delights of creative imagination:
I wandered in a forest thoughtlessly,
And, on the sudden, fainting with surprise,
Saw two fair creatures, couched side by side
In deepest grass, beneath the whisp'ring roof
Of leaves and trembled blossoms, where there ran
A brooklet, scarce espied:

A bird's song inspired Keats in 'Ode To A Nightingale':
’Tis not through envy of thy happy lot,
But being too happy in thine happiness,—
That thou, light-winged Dryad of the trees,
In some melodious plot
Of beechen green, and shadows numberless,
Singest of summer in full-throated ease.
But now Keats was in full flow of his imagination which results in capturing the essence of ambiguity. In this ode, the transience of life and the tragedy of old age (“where palsy shakes a few, sad, last gray hairs, / Where youth grows pale, and spectre-thin, and dies”) is set against the eternal renewal of the nightingale’s fluid music (“Thou wast not born for death, immortal bird!”). The speaker confronts the paradox of transience and permanence:
Was it a vision, or a waking dream?
Fled is that music:—Do I wake or sleep?
'Ode On A Grecian Urn' depicts the speaker's attempts to engage with an object of art, or Art itself. 'Ode On Melancholy' is Keats' mature attempt on the theme of transience. There is a great emphasis on suffering to which Keats had unwittingly fallen.
'To Autumn' brings Keats full circle to a conscious realization:
Season of mists and mellow fruitfulness,
Close bosom-friend of the maturing sun;
Conspiring with him how to load and bless
With fruit the vines that round the thatch-eves run;
To bend with apples the moss'd cottage-trees,
And fill all fruit with ripeness to the core;
To swell the gourd, and plump the hazel shells
With a sweet kernel; to set budding more,
And still more, later flowers for the bees,
Until they think warm days will never cease,
For Summer has o'er-brimm'd their clammy cells.
Who hath not seen thee oft amid thy store?
Sometimes whoever seeks abroad may find
Thee sitting careless on a granary floor,
Thy hair soft-lifted by the winnowing wind;
Or on a half-reap'd furrow sound asleep,
Drows'd with the fume of poppies, while thy hook
Spares the next swath and all its twined flowers:
And sometimes like a gleaner thou dost keep
Steady thy laden head across a brook;
Or by a cyder-press, with patient look,
Thou watchest the last oozings hours by hours.
Where are the songs of Spring? Ay, where are they?
Think not of them, thou hast thy music too,--
While barred clouds bloom the soft-dying day,
And touch the stubble-plains with rosy hue;
Then in a wailful choir the small gnats mourn
Among the river sallows, borne aloft
Or sinking as the light wind lives or dies;
And full-grown lambs loud bleat from hilly bourn;
Hedge-crickets sing; and now with treble soft
The red-breast whistles from a garden-croft;
And gathering swallows twitter in the skies.
Where “Ode on Melancholy” presents itself as a strenuous heroic quest, “To Autumn” is concerned with the much quieter activity of daily observation and appreciation. In this quietude, the gathered themes of the preceding odes find their fullest and most beautiful expression. The understated sense of inevitable loss in the final line makes it one of the most moving moments in all of poetry; it can be read as a simple, uncomplaining summation of the entire human condition. He is no longer indolent, no longer committed to the isolated imagination (as in “Psyche”), no longer attempting to escape the pain of the world through ecstatic rapture (as in “Nightingale”), no longer frustrated by the attempt to eternalize mortal beauty or subject eternal beauty to time (as in “Urn”), and no longer able to frame the connection of pleasure and the sorrow of loss only as an imaginary heroic quest (as in “Melancholy”).
The harvesting to the seasonal cycle softens the edge of the tragedy. In time, spring will come again, the fields will grow again, and the birdsong will return. As the speaker knew in “Melancholy,” abundance and loss, joy and sorrow, song and silence are as intimately connected as the twined flowers in the fields. What makes “To Autumn” beautiful is that it brings an engagement with that connection out of the realm of mythology and fantasy and into the everyday world. The development the speaker so strongly resisted in “Indolence” is at last complete: He has learned that an acceptance of mortality is not destructive to an appreciation of beauty and has gleaned wisdom by accepting the passage of time.
Posted by JSG at 5:25 PM 1 comment:

JSG
Hello Everyone! QuotesechoeD is a result of my interest in reading, keeping, and reflecting on quotes by figures whose words just can't be ignored. They make us think, let us associate, stir our minds and most of all, enkindle that unnamable something which sets off to goad us into the realm of our own Expressions... As we start from here, getting connected in some way, sharing views and echoing words in the far space,,, you are welcome to be there. Your comments will add to the occasion.